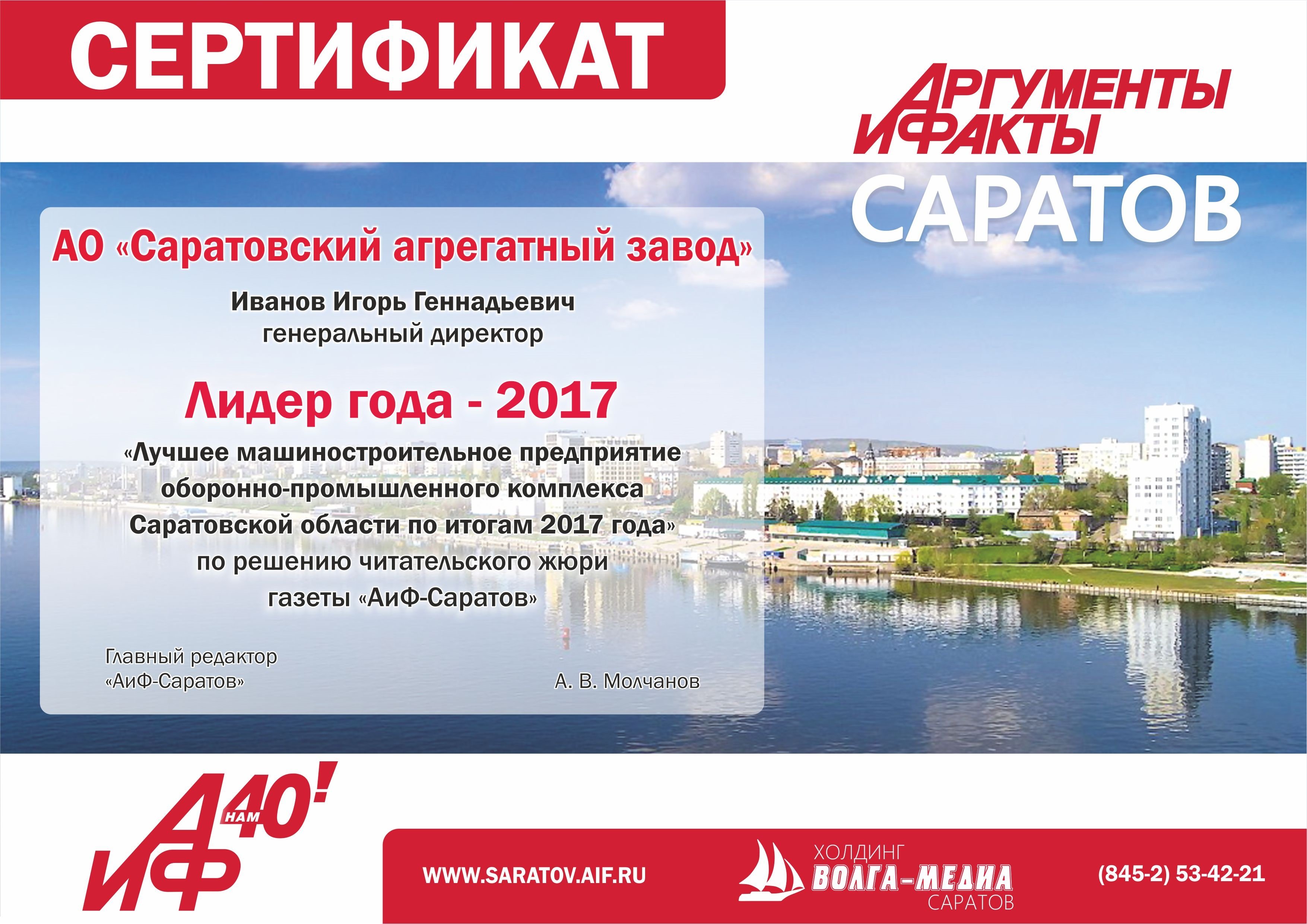 «Leader of 2017» contest winners were awarded by editors of the weekly magazine «Arguments and Facts of Saratov» on April 5, 2018. The current competition has been held for the tenth year and those, who have earned a reader’s recognition, became the leaders of the year.


«Saratov Aggregate Plant» JSC was awarded with «Leader of the Year» title in «The Best Machine-Building Enterprise of the Defense Industrial Complex of the Saratov Region by the end of 2017» nomination by reader’s jury decision.


We are glad to thank all «Arguments and Facts» newspaper readers for choosing our company, as well as all the factory’s employees for their high professionalism and excellent work, which were awarded with an honorary award!